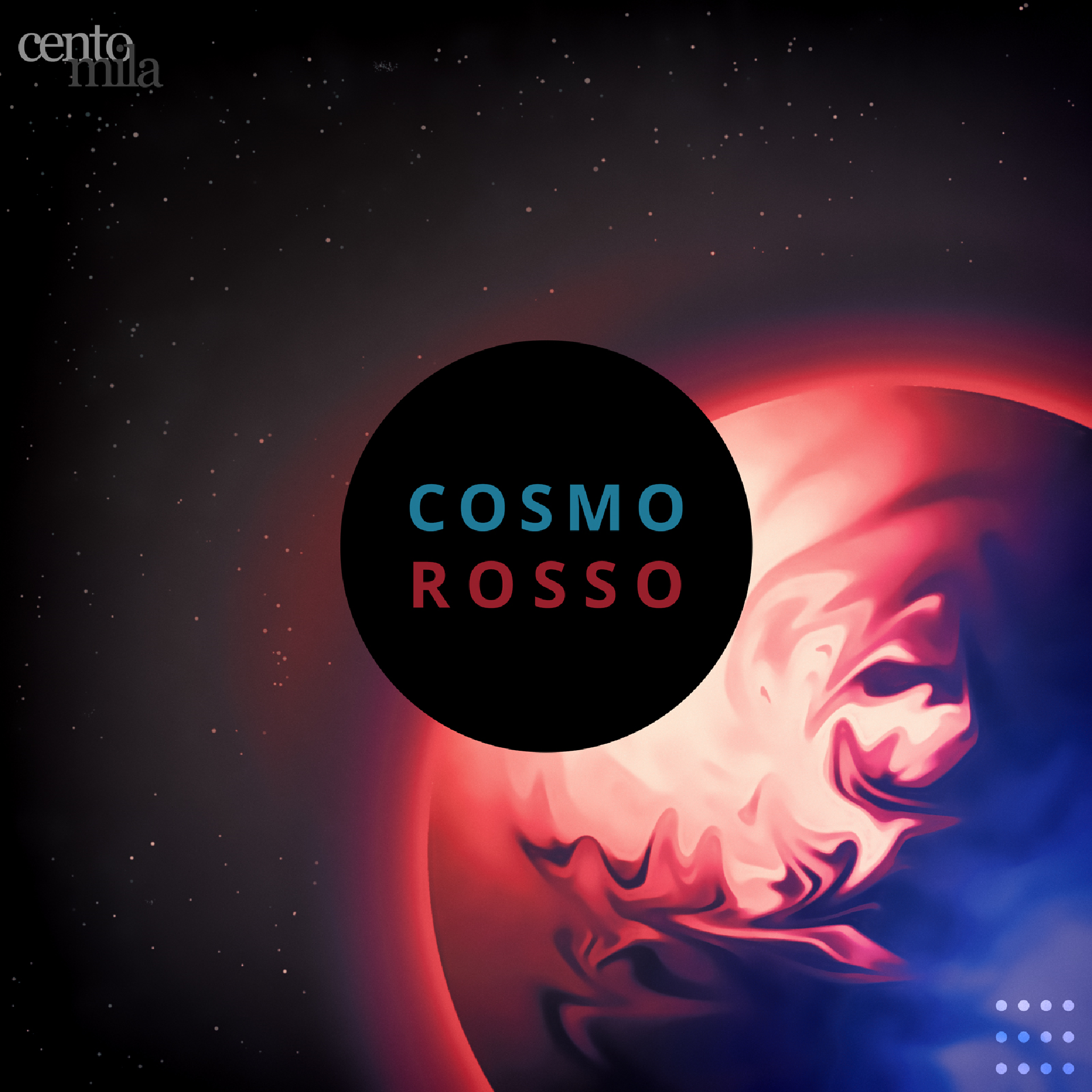 Cosmo Rosso is my first album. It was released and self distributed on all the major streaming platforms in the year 2015.

A phyisical limited edition (50 pieces) with two additional bonus tracks and wallpapers was available for purchase. Instead of a CD, the album was released on usb memory card (4gb) in a plastic box with a unique sticker on the back.

Cosmo Rosso it’s a soundtrack for a sci-fi world.

The original plan was to release a story for each track, but i wasn’t happy with the result and i released only the album. I lost all the original drafts, but my memories are still there.

If you want something to imagine during the listening, here the synopsis of the story.

In a forbidden galaxy there was three, almost identical, planets. Planet 1 and Planet 3 are now controlled by a mysterious alien race. Planet 2 has disappeared from the sky many centuries ago.

The hero doesn’t have a name. All we know is that he lives on Planet 1 and can’t sleep well. To overcome his insomnia he try for the first time an illegal drug called dream pill.

After some bad dreams, he wakes up and notice the sky isn’t violet has usual but it’s full red. He thinks something is wrong with his mind and is in total denial.

While he try to find the truth, he is captured by a group of alien guards for a complete conversion.

He managed to escape and steal a spaceship directed to Planet 3. On Planet 3 he find a group of people who are trying to find the truth about the red sky. They are called the fugitives from Asylum 21.

They discover Planet 2 hasn’t disappeared. Has been hidden from their eyes and it’s just located behind Planet 3. Reaching Planet 2 is their last hope to escape from the oppressor.

Thanks to some friendly alien they find a way to get to Planet 2. During their long journey, they fall asleep. In the morning, they wake up in a new place and don’t remember anything of their adventures together. The only things they know is the sky has a new color. END